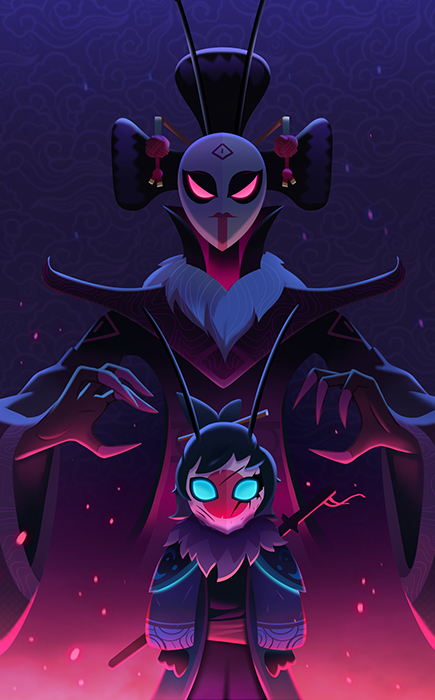 Our heroine, a young geisha in the process of being educated – or commonly called a “Maiko” – travels through a miniature Japanese world ruled by a terrifying empress, a yokai whose goal is to satiate her kingdom on the verge of slavery. Satiated and manipulated by a well-oiled machine. The economy is based on a deeply rooted belief with the help of propaganda and its people are devoted to the cult of the empress and her henchmen.

It is around the debris of an ice prison that our heroine wakes up. Only the rubble remains, like a cataclysm triggered by an unknown force. The spark that starts the adventure of a prophetic tale so feared by the Empress. It is throughout this adventure and with the help of a goddess that the player discovers that our Maiko is none other than the chosen Yokai. She has immense powers that only need to be amplified in order to defeat the Empress. She will then have to defeat her three acolytes to seize their souls and powers in order to put an end to this tyranny!